In our second-ever FASHION BLOG (first one is available here), MARP will discuss the hottest fashions for Summer 2012 to wear in your favourite locally-purchasing student-run Montréal hotspot. 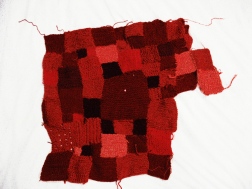 check out this gorgeous quilt being created with knitted red squares

You have have seen your closest comrades knitting up a storm in your local strike-meetings, or even wearing these gorgeous, unique, pre/post-industrial fashion accessories on their bag, jacket, or black bloc headmask.
Being that Red Felt is now extraordinarily tough to acquire on the island right now, (via economics) labouring away on a stockpile of personalized squares may be the ultimate way to express your Being as an Individual inside a Revolutionary Movement that Universally represents Students — in general. 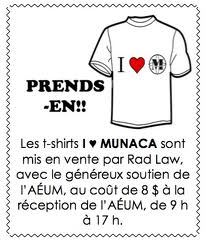 bring these babies BACK!! they be IN DEMAND!!

Being that McGill’s Support Workers’ Union MUNACA has been repeatedly screwed in every way by the University’s industrial-labour-budgeting complex — after coming back to work for three months!

It is extremely important that you wear your extremely hip I ♥ MUNACA shirt around campus, especially during the Unlimited General Strike because it could convince the 1, 700 workers to leave work and occupy any building on this goddamn campus. 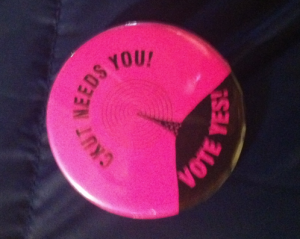 Last season, the Vote YES for CKUT Fall 2011 came back from fashion DEADSVILLE because the Admin refused to accept the Yes vote from the Fall 2011 SSMU Referendum. Now that the losers in the James Military-Bureaucracy Center for the Commodification of Existence have recognized the existence of CKUT, they have to return to the vote to retrieve control of their Opt-Out system. Being that Summer 2012 is official Israel Apartheid Summer, QPIRG support can be signified by wearing your Palestinian kuffiyeh. 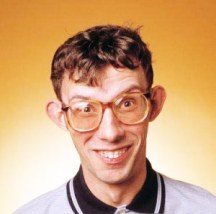 yuck who would want to be this

Believe it or not, there are a bunch of white squares hanging around McGill Campus. These white squares are pro-hike and anti-strike — facts they will argue best relate to the objectively clear facts of “economics” which have been divinely received by whichever Prof has the most bowties or edited the latest revision of the textbook.

Previously, a McGill student who sits on the Philosophy Students’ Association commented on the Anti-Strike FB page — raising questions about his ability to form a coherent logical thought, until his elite position as future student of Oxford Graduate studies in Philosophy provides the empirical evidence necessary to prove QED his status as “good at logic”.

Wearing a felt white square on the streets is basically asking for the ANTIFA contingent of CÉGEP de Vieux Montréal to spray paint your Mercedes after you park it on Sherbrooke before heading to the pig-shit scuzzfest known as “SSMU Faculty Apocalympics.”