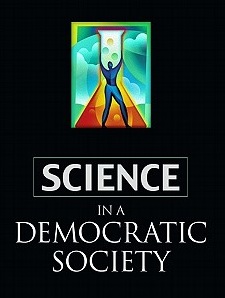 it's easy... you just actually have to get out somewhere and do something.

The MARP was slow on reblogging information from our Internal Science Strikebloc Spies, but luckily the Daily gave me something to link to.

The Science Undergraduate Society [Union] will be holding their first ever General Assembly for Undergraduate Science Students, as required under the Law (via the Quebec Companies Act which must have been in contravention for the entire past history of the SUS).

The GA will happen in the first week of March, so as to make sure that there is a requisite two week period between Resolution Deadlines and the Assembly itself.

This is in itself ironic because not allowing Motions From the Floor is UNDEMOCRATIC.

In fact, Rad Sci&Math students spoke on BEHALF of the ability to have motions at any time, but the SUSCouncil vetoed the idea as to completely negate the possibility of Fascist Filibuster Shenanigans, like those that happened at BOTH the AUS and SSMU GAs.

The SUS GAs will be holding far less militant perspectives than the SSMU and AUS GAs — their goals are also more modest, simply asking for their student body to take position about Tuition Hikes and Neo-Liberal Conspiratorial Austerity.

Of course, a student politician from the SUSBureau sadly put words in The Peoples’ mouths and is then quoted in “The Peoples’ Space,” The McGill Daily.

It looks like the SUS is doing everything possible to make the Science Students happily recognized for being militantly liberally disengaged — which the MARP reminds you is the preferred position for fascists to trample.

"after investigating by hypnotizing people in french insane asylums, i realized that 100% of cases of hysteria are caused by repressed childhood sexual abuse." <-- this was actually a conclusion of freud's until people were like "yo man... are u sure u didn't just hypnotize those ppl and SUGGEST that to them??"

The McGill Daily is hosting a storyblog about a recent lecture given by UQAM Sociology Professor Depuis-Déri.

Of course, this outs the Professor as a Sartriean because he believes that he can make a comparison between something that exists and some other comparable thing that doesn’t exist.

As Post-Strawson Philosophers of Langauge, we all know that a comparative claim between an object that exists (Quebec Student Movement) and an empty term (Ontario Student Movement) simply results in a “wrecked sentence.”

This leads into a joke about Jean-Paul Sartre’s metaphysics.

(JPS walks into café. waitress asks if she can get him a drink.)

the waitress goes to the kitchen and comes back five minutes later. she returns with a question: “excuse me, mr. sartre… we’re out of milk — would NO cream be alright?”

The Daily also reports upon a conversation between a woman and a 10 Nov Riot Cop. She famously and rhetorically asked the officer why “he was doing what he was doing [ie harming people]” and whether or not his job is to “protect people.”

This is no game. It is war. Part of the Revolution will be destroying the enemies of Revolution.
View all posts by Milton Avenue Revolutionary Press →
This entry was posted in hot reblog and tagged childhood sexual abuse, general assembly, quebec companies, science undergraduate society, ssmu, undergraduate science students. Bookmark the permalink.