Di Grappa Openly Plans Demonstration, Students Given Right to Riot and Blame Admin for Provoking it

Local telegraphs have been burning up over rumours that local thug Michael Di Grappa has his information all wrong.

Earlier today, a blanket email was sent to the McGill community warning of events so humourous that we think Di Grappa is riding MARPwaves.

Below we will have a point-by-point textual analysis:

To all members of the McGill Community

This would include some parts, but not others. In Senate, Arch-Freudian Mendelson, Ph.D Psych, claimed that McGill DID INDEED provide services to students after the events of 10 Nov — referring to the services offered by Shatner at SSMU. Alternatively, The HMB denied at the Consultation Fair that she had any connection at all to MUScarnival and the repugnant rapey pig shit it brought all over campus.

Following the events of Nov. 10, 2011, concerns have been raised about communication during and after those events.

In seeking to avoid any shortcomings in communication now and in the future, we are writing today to alert you to the possibility – however remote – of some turmoil on our downtown campus tomorrow, Tuesday, Jan. 31.

OH SICK!!!! US AT THE MARP ARE USUALLY CAUGHT UP TO DATE, BUT I DIDN’T THINK ANYTHING CRAZAY WAS HAPPENING ON TUESDAYYYYY OMG ^-^***

hahahah wait… what? are we talking about FECQ and FEUQ??? those spineless liberal cowards? bwahahahah they couldn’t provoke a riot if Rage Against the Machine was headlining!!!

A number of these demonstrations will occur between now and March 22, when another province-wide day of protest is planned, similar to that held on Nov. 10, 2011.

oh my god… those FEUQ/FECQ losers are so corrupt that they actually have a direct channel through to the McGill Administration… and the admin is buying it up WHOLESALE! (pardon my capitalist metaphor)

We sincerely hope that tomorrow’s demonstration, if it does take place, will be peaceful and in accordance with the law and the code of student conduct. In the current context, as well as every other, we will take every precaution to ensure the safety and security of all members of the McGill community. It is and remains our highest priority.

OK honestly, I’m getting confused. The best explanation the MARP has uncovered is that Di Grappa is a total chowderhead with no sense of truth. Apparently, the Post Graduate Students Society of McGill is holding a press conference with FEUQ and later in the day the undergraduate Arts students are holding a beautiful General Assembly in order to engage in direct democracy in a specific space and time.

Should circumstances require it, we will communicate with you again tomorrow using a variety of tools at our disposal, such as our McGill Attention system (see http://www.mcgill.ca/safety/mcgill_attention/to find out how to sign up).   Note that a new system called Alertus is now being deployed that displays a message on computer screens across the University (see http://www.mcgill.ca/channels/announcements/item/?item_id=%20213513 for instructions on how to install this on your computer).

Oh great! Mr. Di Grappa wants me to install his new spyware device that will alert Tom Velk every time you type “Marx” and also be able to inform you of the latest doubleplusgood informatic funyesmessages which remind you that EVERYTHING IS OK. 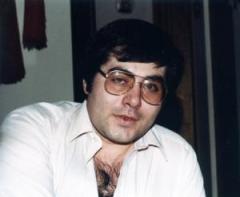 be on the lookout for this man, he is tall, thin, ruggedly handsome, and known to many as MICHAEL DI GRAPPA

In the weeks ahead, we will keep you informed of significant events on or around McGill’s campuses.

O SHIT!!! The MARP has some SERIOUS competition in the misinformation industry
AND HIS NAME IS:

This is no game. It is war. Part of the Revolution will be destroying the enemies of Revolution.
View all posts by Milton Avenue Revolutionary Press →
This entry was posted in Uncategorized and tagged campus tomorrow, causal chain, mcgill community, person group, ssmu, telegraphs. Bookmark the permalink.